Encrypted or unencrypted, 3D or 2D, 2K or 4K, delivered on hard drive or over the internet, Blackwater Digital Services is your source for high-quality DCPs and a truly exceptional cinema experience. Our DCPs have screened at film markets, festivals and commercial movie theaters all over the world. You can count on our experience and skill to make sure your screening is perfect.

Long gone is the ubiquity of film projection in cinema. Today, if you want to project your movie for an audience in most movie theaters, you’ll need a DCP. A DCP, or Digital Cinema Package, has replaced 35mm film projection. A DCP is cheaper to create and deliver to film festivals, film markets and cinemas, is more secure than a physical film print, and can be screened all over the world.

Why use Blackwater Digital Services for your DCP? 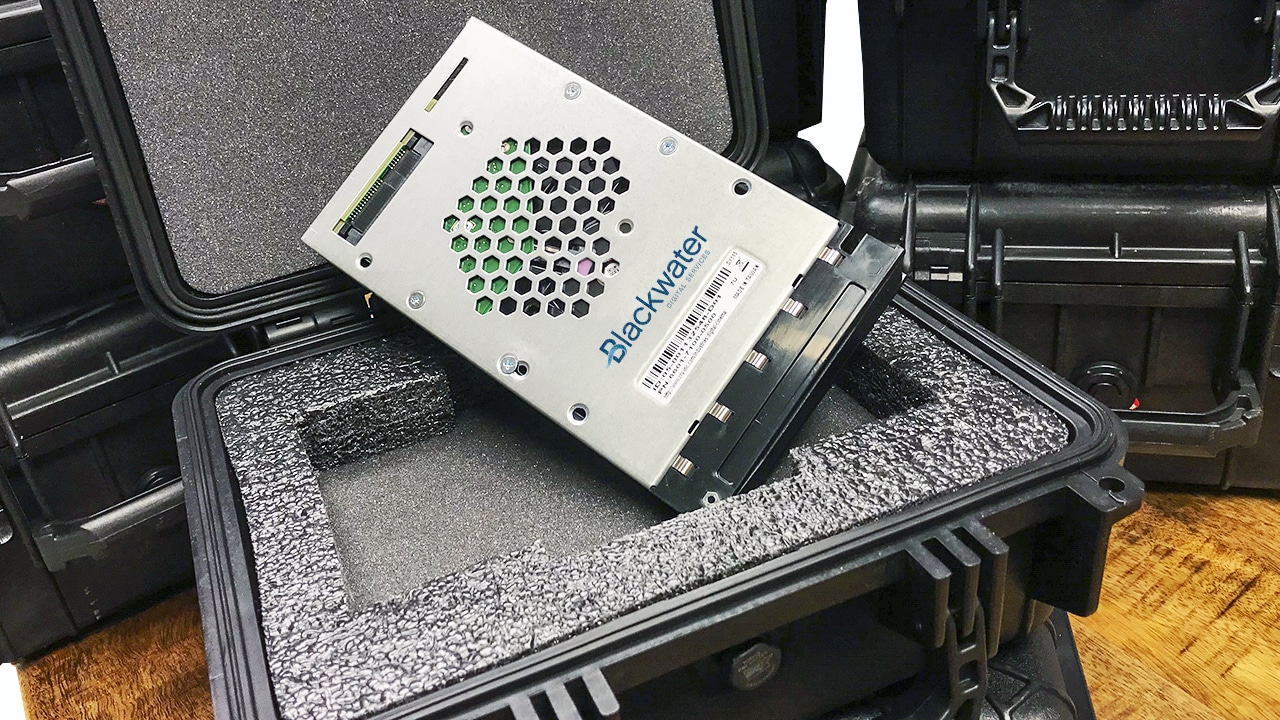 Why choose DCP over Blu-ray?

We get this question…a lot. Many film festivals are set up to screen both DCP and Blu-ray (and sometimes other formats like DVD or HDCAM), so why choose a DCP over Blu-ray? There is a fairly big price difference between Blu-ray and DCP creation, with DCPs being more expensive, so filmmakers obviously want to make sure they’re only paying for what’s needed. The shortest answer is that Blu-ray is a consumer format, intended mainly for home use. Conversely, DCPs are a much more powerful, secure, robust and stable solution meant for professional, high-end exhibition in theatres. So what does that mean? We’ll break it down for you, without going into too much technical detail:

Is a DCP a single file?

No, a DCP is much more complex than that. A DCP is a set of many files representing the different components of a film: video, audio, subtitles, and metadata. These files are organized by folder and indexed with .XML files. These XML files tell the digital cinema server how to properly open and process the DCP.

Why can't I play the DCP on my computer?

The short answer is that playing on a DCP on a normal computer is possible, but it’s not simple (or cheap). There are third-party applications out there that let you view a DCP on your computer, but most of them either don’t work well or they are very expensive. Additionally, the hard drive containing a DCP will be formatted in a Linux filesystem that isn’t fully compatible with Windows or Mac computers without special software. As a result, the drives themselves won’t even open properly on a home computer.

Should I encrypt my DCP?

While not required, DCPs can be encrypted. This means they are essentially “locked” and can only be played back by someone who has the “key”. This is so the contents of the DCP cannot be stolen or duplicated. Without the key, the DCP’s contents (specifically the video and audio) are unplayable. The key is non-transferrable and only allows the key-holder to open, manipulate and playback the DCP, at a specific date or time, and for a specific time period. In other words, depending on the key, the key-holder may have full control of a DCP forever, or only be allowed to screen on certain dates/times (like a scheduled screening).

Your specific situation will determine whether you should encrypt your DCP or not. Encryption does offer increased security, but it can sometimes cause problems for a screening. For instance, if you plan on screening your encrypted DCP at a festival or market overseas (i.e. in a different timezone), a miscommunication from the festival about the screening date/time could lead to the key expiring (or not being valid until after) the actual screening date. Because of the time difference between your DCP facility and the venue, the facility that issued the original key may not be open to immediately send a new key, resulting in a cancellation of your screening. Additionally, having an unencrypted DCP cuts down on the cost of issuing a new key for each venue, and also allows festivals and others involved to more easily handle and duplicate your DCP.

If you are unsure of whether encryption is right for your DCP, please contact us and we’ll be happy to discuss your specific situation and figure out what is right for you.